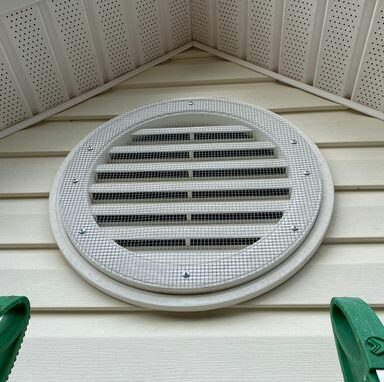 Birds nesting behind your window shutters is common in Henderson. Especially birds nest behind shutters on stone-faced houses. We specialize in all forms of bird removal and bird control, especially birds living in shutters.

First, we must determine what species of bird it is. Our bird control experts in Chester County will be able to identify all of the common nuisance birds in Henderson. The most common species of bird to use shutters as nesting sites are the English House Sparrow followed by European Starlings. These are small birds, small enough for the birds to fit between shutters and houses.

Once the birds are behind the shutters on your house they will begin nesting. This can cause multiple problems. They can be very unsightly with birds’ nest debris and feces running down your house and windows. Bird feces are also known to hold over 50 diseases and pathogens. The birds behind the shutters can cause a health risk. Also, some species of birds become protective of their nest and will swoop down to try and scare you away.

After the birds are removed and the area sanitized it will be time to keep the birds out. This is done differently depending on the species of bird and area in the country. In Tennessee our bird control and removal specialist will normally exclude the birds by installing a bird proof material behind the shutters to prevent birds from getting in. We may also install visual bird deterrents to deter birds from the area.